The Griffin (Charitable) Trust provides refuge for vulnerable children, women seeking respite from abusive relationships, and the elderly in Jamaica. Its founder, Moira Morgan, writes about her work, its challenges and successes.

I first came to Jamaica in 1977, spending three months in the then up-and-coming working class, residential area of Tower Hill, Kingston 11.

This was just before the political ‘war’ that preceded the 1980 election. On my return to Tower Hill 18 years later, I found a zinc-fenced, poverty-stricken, socially-disenfranchised, politically-tribal, inner city garrison community, with a different gang and ‘don’ on every corner.

What haunted me most was the sound of children crying; their heart-wrenching cries constantly being heard above the sounds of gospel singing churches; raucous dance hall DJs, and the nightly barrage of gunshot. My own children grown up, I felt Christ was calling me to give service.

Poverty, neglect and abuse deny children of choices, and prevent them from fulfilling their potential. Our Charity seeks to change this, by meeting their needs holistically, including emotional healing, spiritual growth, education, relational development and health. By facilitating continued safe family contact, we will provide opportunity for successful, family reintegration for up to 600 children per year.

With the help of family and friends, The Griffin (Charitable) Trust was established to support the work which I had already started in 2001, and it became a charity in its own right in Jamaica in 2005.

Since 2002, the Trust has established community education and literacy programmes. Refuges and safe havens have been provided for young children; for girls fleeing sexual predation, and for women fleeing domestic violence. Other works undertaken include Summer Camp, gang mediation, prison rehab and literacy programmes and care for the elderly.

Purchase one of our bags for life, for just £5

We will ensure that a donation from each bag sold, goes towards helping the Trust. 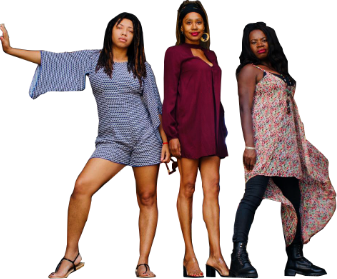 That world wide billions upon billions is spent on fashion clothing, most of which ends up clogging up our wardrobes and ultimately creating environmental challenges throughout our earth, although we cannot save the world, we at Come Swap & shop believe that we can be socially responsible for playing our little part in preserving our wonderful planet.